This airport was run by one man, Alby Cornell for its entire lifespan excepting one year. His brother Ernie started it just after WWII but sold it to Alby shortly after. It operated continuously for nearly 50 years. This incarnation represents the heydays of the early 1960's. Two grass strips with a quarry next door. Over the years the airport was reduced to one runway and that moved as the quarry encroached. Alby Cornell who was my primary instructor retired with over 42,000 hours of flight time in light aircraft.(that is 42 thousand), and the airport was closed. By the way Alby is still alive and well, and as of this writing, still flying.

Go fly a cub there. 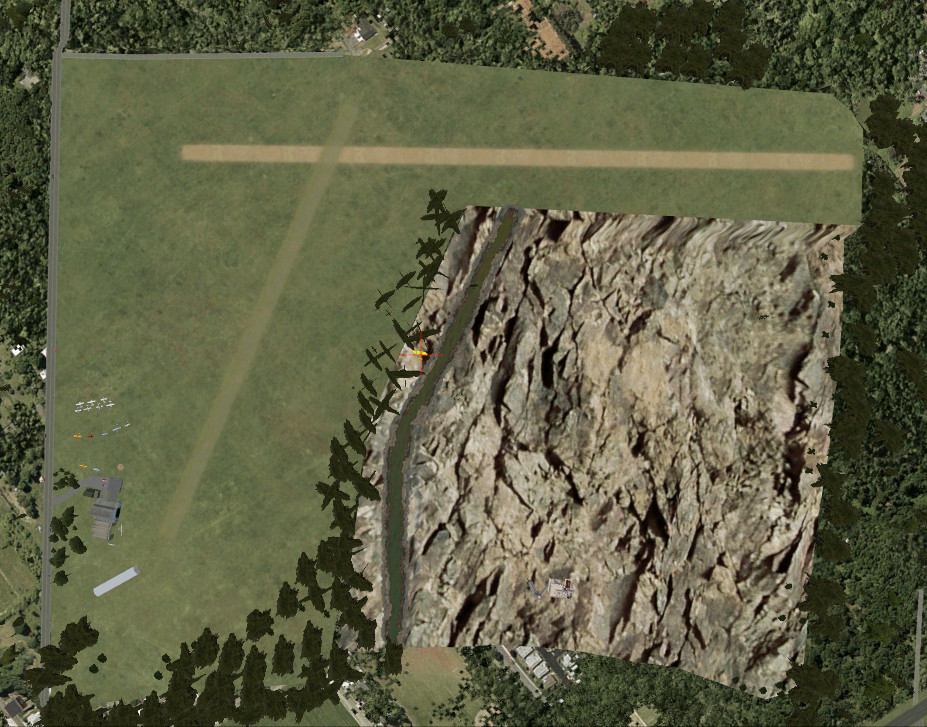 This rendition includes a land class for the Quarry that lies next to the airport. The Quarry grew over the years so its present size is somewhat larger than the time this version of the airport existed. Since the FSX mesh is current I had to approximate the  runnways location to avoid being in the quarry. But you would only know this if you had actually flown there.