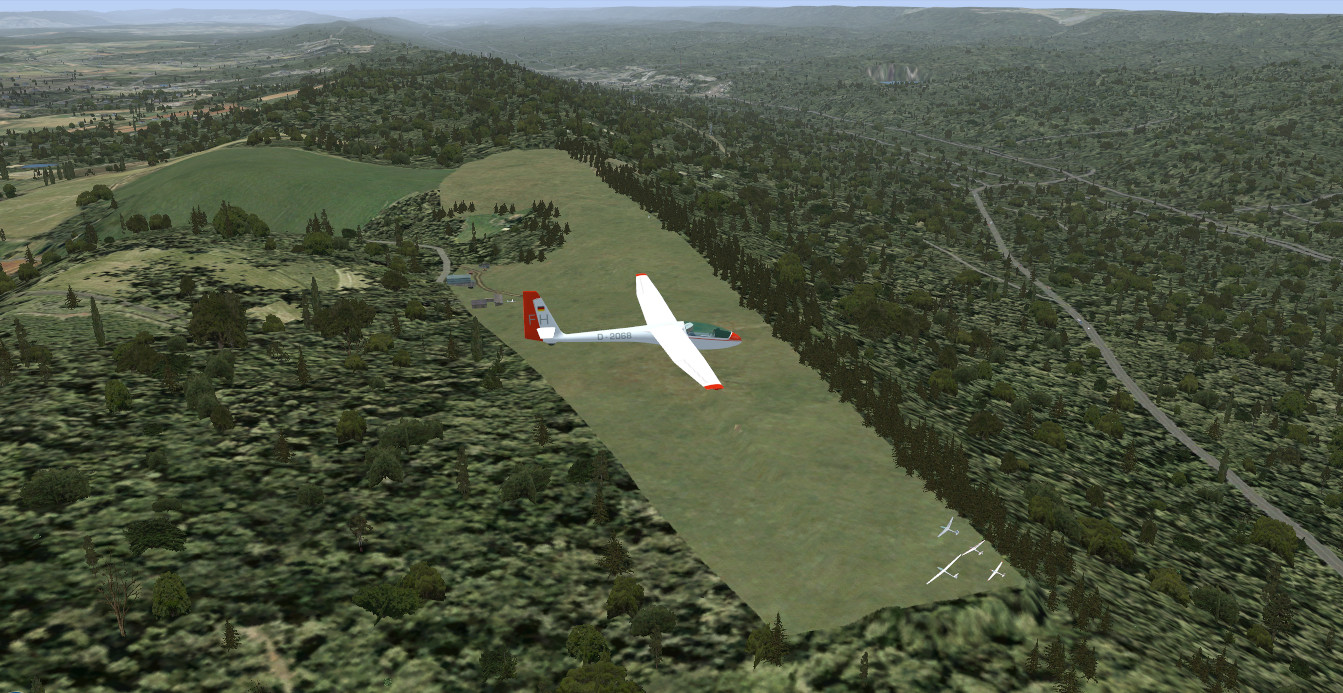 Private Glider field Owned by Karl Striedieck. Karl is a world record setting glider pilot and a member of the U.S. Soaring Hall of Fame. He was an early pioneer of ridge soaring in the Ridge-and-valley Appalachians in the 1960s, ultimately setting nine world records flying gliders there. He was selected for the U.S. national soaring team 12 times, and won a silver medal in the world championships in 1978 and 1983.

Mr. Striedieck was a U.S. Air Force pilot from 1959 to 1962, flying the F-86 Sabre and F-102 Delta Dagger, then continued his military service until 1981 in the Pennsylvania Air National Guard, where he transitioned to the A-7 Corsair II. A year before graduating from Pennsylvania State University in 1965, he started flying gliders when he and Bill Clark co-founded the Nittany Soaring Club, flying out of the former State College Air Depot. He has over 15,000 flying hours, with nearly half of that total in gliders.

Mr. Striedieck moved his home to the Eagle Field private airport on top of Bald Eagle Mountain, near State College, Pennsylvania in 1966, and now lives there with his second wife, Iris.

Basically a manicured farm field, this private glider field offers access to the famous ridge lift of central Pennsylvania.Nearby Ridge Soaring is another one of my airfields available.