I have just released my newest airport. Harris Hill NY,  4NY8. look for it on AVSIM. 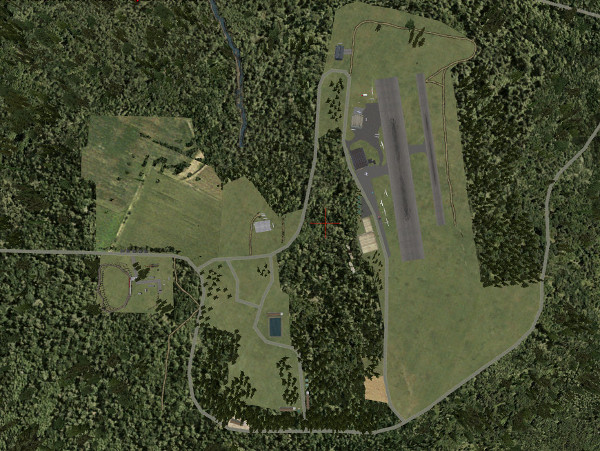 Harris Hill is known as the soaring Capital of the U.S. because of its' history, Martin Schempp(German soaring pioneer) "discovered" the area while traveling on business in the 1930's. (He worked in Pittsburgh PA at the time) Elmira NY is situated in a valley surrounded by hills facing several different prevailing wind possibilities. Presented with outstanding bungee launch points for any wind condition, several national soaring contests were held there before World War Two. Harris Hill is the only remaining of the original slope sites, and is now home to Harris Hill soaring Corporation and the National Soaring Museum.

The former Schweizer Aircraft Co.is located below Harris Hill at KELM, was before its closing, the only family owned sailplane manufacturer and aerospace contractor in the U.S. They ceased making sailplanes in the 1980's and continued in the Aircraft manufacturing business until selling to Sikorsky in 2004.

If you like this scenery I also have a new KELM - Elmira Corning Regional Airport, as well as the Harris Hill emergency field with new land class (coming soon). Feel free to contact me via email directly if you are interested and can't locate it online. All my sceneries will be published on AVSIM.

This package includes Harris Hill field, The Harris hill Youth camp site, and Harris hill Park and Driving range.All buildings are represented as close as possible to the actual structures.

Reply Jon
3:43 AM on June 18, 2014
There is a glider object that seems to remain as a black outline even after moving the glider scenery textures from the glider Scenery folder to the addon scenery texture folder. I can't locate the texture so I will delete the glider in a future update. Oddly the glider does not appear at all on my installation, well... live and learn. Any other issues? please drop a line.